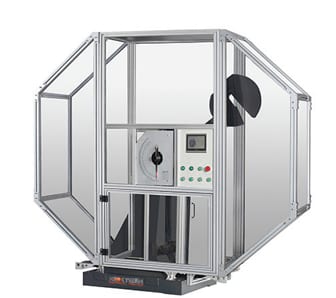 The specimen is struck by a “tup” attached to the pendulum and the metal specimen breaks at its notched cross-section, otherwise known as the V-notch Impact. Measurements are in Joules that give an indication of the toughness of the material.
Based on the results, a brittle metal absorbs a small amount of energy. On the other hand, a tough ductile metal absorbs a large amount of energy.

You can learn more about the full scope of impact testing equipment by visiting www.NextGenTest.com or submitting a quote request.