Understanding the Basics of the Vickers Hardness Test 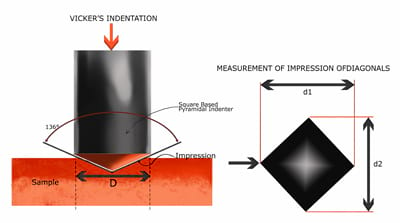 The hardness of a material is one of the more compelling factors that determine its suitability for a specific purpose. As such, a hardness test is required to determine the extent of a material’s ability to contribute to an object’s structural integrity.

One of these tests is the Vickers procedure and it has been proven to be a rather effective way of gauging a material’s hardness. But before one goes about learning how to operate the machine and use the Vickers hardness test blocks, it would be ideal to understand the concept of the test itself.

What is the Vickers Hardness Test?

This procedure was developed in 1921 by Robert L. Smith and George E. Sandland during their work at Vickers Ltd. It was meant to be an alternative to the already-established Brinell hardness test but operates on a simpler scale.

The Vickers procedure can be used to test the hardness of metals and other equally hard materials. However, it was primarily designed to focus on softer materials like plastic specifically on their ability to resist deformation from constant stress.

As with every other hardness test, the Vickers procedure uses its own unit of hardness. This is called as the Vickers Pyramid Number (HV) or the Diamond Pyramid Hardness (DPH). These units are convertible to pascals but should not, in any form, be used interchangeably with the same unit that measures pressure.

How the Test is Conducted 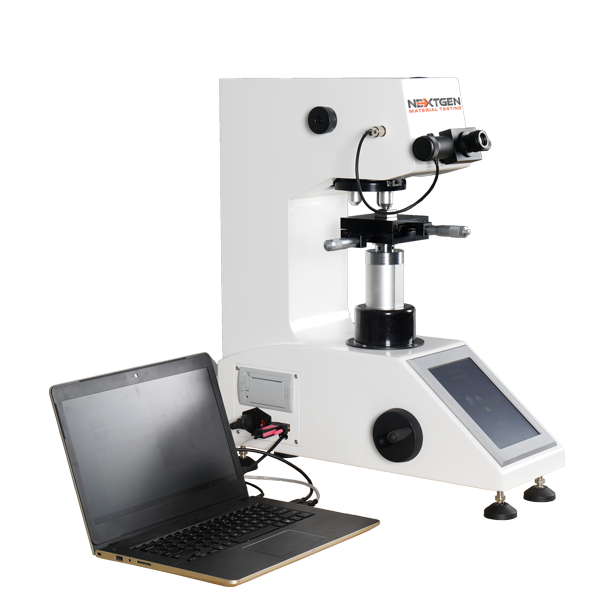 As with every other hardness test, the Vickers test procedure involves the dropping of a load on to an indenter which leaves a mark on the surface of the material. However, in order for the results to be accurate, the sample itself has to have a flat surface.

This means that the material has to be polished to meet the specifications of the test. Once the material is ready, it is then going to be placed at the tester from where it would make contact with the indenter. Also, the operator can refer to Vickers Hardness test blocks to properly calibrate the tester for the procedure.

A unique feature with Vickers Indenters is that they share the same size and composition across all tests. The Vickers procedure, in fact, uses only one type of indenter: a diamond shaped in the form of an inverted pyramid (hence it being called the Vickers Pyramid).

The rationale behind this is that the impression to be left on the material should have a well-defined shape in order for the results to be measurable. Also, the indenter itself should be made of a material that is resistant to deformation itself. Diamonds fit this requirement considerably.

Once the tester has been calibrated, the load is then dropped which causes the indenter to push itself through the material’s surface. It would remain there for a considerable period (also known as dwell time) as gravity continues to push the indenter deeper into the material.

Once the dwell time has elapsed, the load is removed and the indenter is released. The operator is then tasked to perform optical evaluation wherein they will examine the dimensions of the indentation left and use a specific equation to come up with the material’s hardness value. 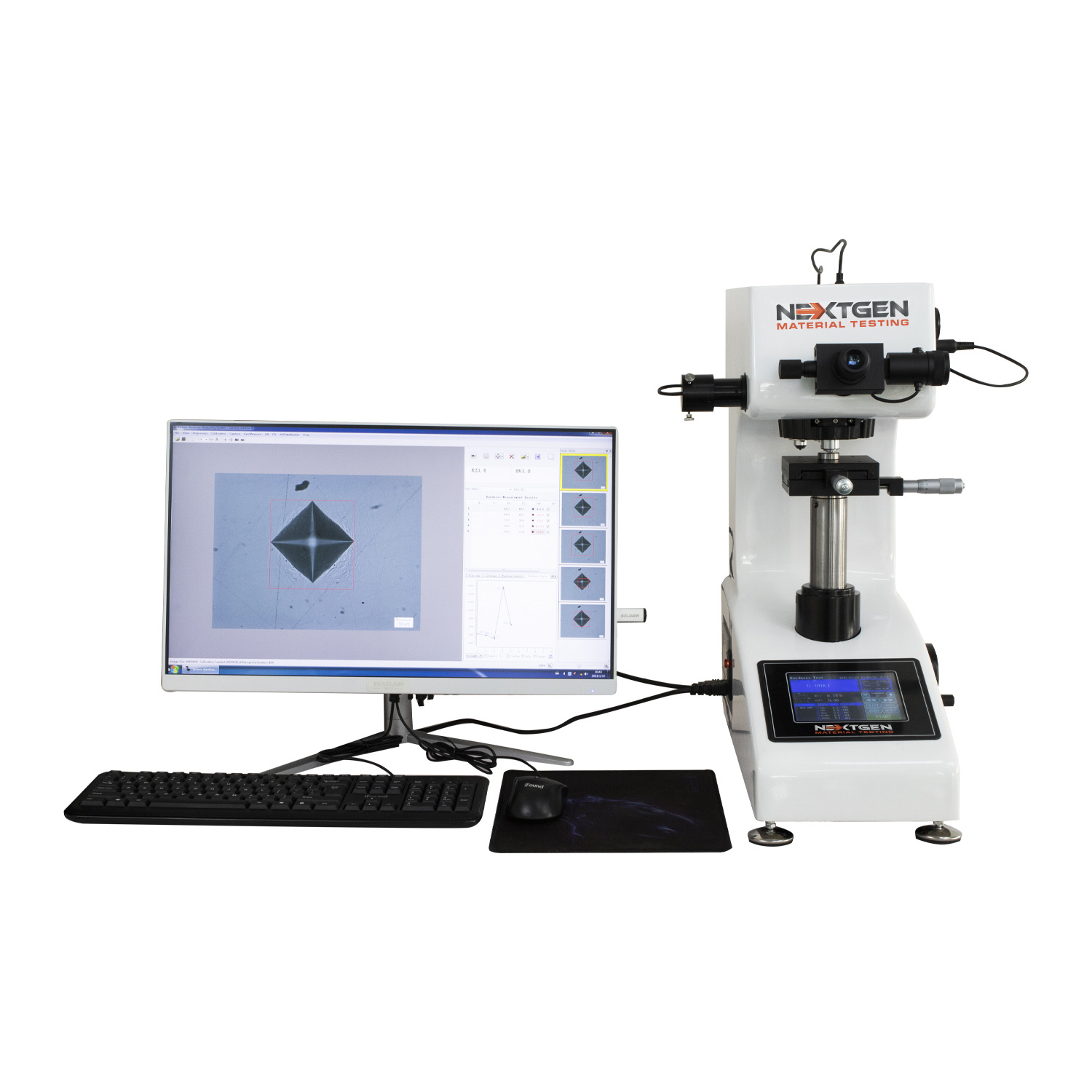 By design, the Vickers test procedure should pose a number of benefits for its users. These are as follows:

Unlike the Rockwell method, where the application is quite minimal, the Vickers method can be used for ll types of test materials and specimens. Due to its scaling, the Vickers hardness test is ideal for testing hard materials like steel as well as softer materials like plastic. All in all, the Vickers test has one of the widest hardness ranges among the 4 test procedures.

As the indenters for Vickers hardness tester have a universal shape, the procedure itself should take less time in calibration. Also, since diamonds are quite resistant to deformation themselves, the indenter does not require frequent replacements.

Calculations wise, the fact that the indentation is the same for all tests means that one does not have to include correction factors for certain materials. All that is required is for the sample to meet the test specifications in order to yield the most accurate results.

Aside from the distinct indentation it leaves, the Vickers test does not completely damage the sample. This means that the sample itself can be re-used for other purposes once the procedure is complete. As such, the Vickers procedure is ideal for a testing facility that aims to reduce on its waste or make efficient use of its available test materials.

Though the Vickers hardness testing models depend on the specific manufacturer, the three most common systems include:

Digital Micro Vickers and Knoop Hardness tester measurements are made through the eyepiece. This system is equipped with an encoder. After using the micrometers to measure the diagonals, the system will transmit your readings from the eyepiece into the system through a single click of a button. The system will generate your hardness reading and display it on the LCD.

CCD Micro Vickers and Knoop Hardness tester measurements are performed through a CCD Camera combined with an Analytical Software. The measurements can be made through the eyepiece or it can be done through the analysis software and CCD camera. The advanced accuracy of this Vickers hardness testing system, the Motorized Turret and the Built-in-Printer make this machine the top pick for quality control laboratories.

All units supplied by NextGen are considered Semi-Automatic. They are able to perform the indentation on the specimen with a single push of a button. The added value is the automatic turret which switches from the indenter to the optical lens after each indentation.

The more advanced systems provide a fully automatic XYZ table movements. In combination with advanced optics and analytical software, the operator is capable of plotting virtually unlimited number of indentations within the software, pressing play, and having the system do the rest. Once completed, the software will neatly plot the test results in an organized chart. Learn more about the Automated Advanced Vickers Hardness Testing systems.

The simplicity of the Vickers hardness tester allow for a relatively narrow choice of consumables and applicable spare parts. They include: 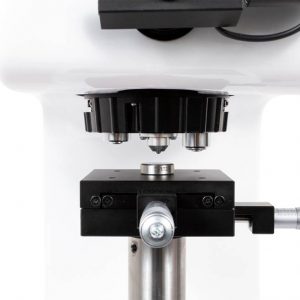 However, performing one kind of test is not enough in recent years. In response, some manufacturers designed their Vickers testers with dual or multiple turret systems for the indenters. This would allow the operator to quickly switch between indenter types if the machine itself can perform other test procedures aside from the Brinell and Vickers principles. The full scope of NIST certified indenters is available upon request. 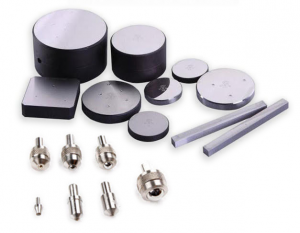 Since each block carries its separate hardness value, it would be ideal to look for a set of certified hardness test blocks that represent every range in the Vickers Hardness Scale. Custom hardness values are also an added benefit as they expand the applicability of the entire test block set. The full scope of NIST certified test blocks is available upon request. 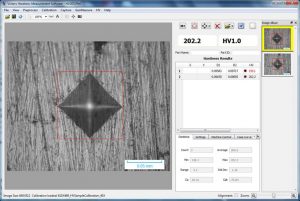 A good manufacturer of Vickers Hardness Tester focuses on ease of use and ease of system set up. The Vickers systems are considered plug-n-play units designed to be comfortably set-up and operated with the help of the instruction manual in just a few minutes.

If needed, additional technical support can be offered remotely allowing the operator to begin hardness testing procedure within minutes of trouble shooting. Complex issues such as malfunctions or shipment damages can be resolved with an on-sight visit.

Uncrating and System Set Up 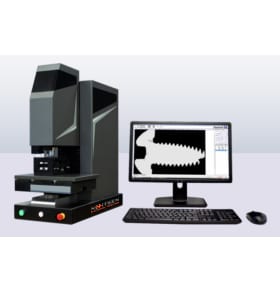 As with every other hardness test, however, the Vickers procedure is not without some flaws. Here are some of them:

Since optical evaluation is featured in the Vickers test, the quality of the specimen’s surface must be considerably good. This means that the place where the indenter is going to make contact with the specimen must be cleaned, ground, and polished. Otherwise, the test results are unreliable.

Compared to the Rockwell method, the Vickers test is comparatively slower. It would take 30 to 60 seconds for the test to be conducted. This does not include the time taken to prepare the test location for the procedure.

Due to the need of optical evaluation during the test, a Vickers Hardness tester must be equipped with an optical measurement system. As such, a Vickers hardness tester is more expensive to purchase brand new compared to a Rockwell tester.

Also, consumables like Vickers hardness test blocks are usually sold separately. However, one might find a supplier or manufacturer that bundles all their testers with the basic consumables and accessories. This way, you can have all that you need to in one package despite the high price.

Despite its limitations, the Vickers hardness test is one of the more reliable hardness testing procedures to date. Its wide scope of application and the ease of maintenance for its testers make the test a viable addition to any testing facility or workshop.

As such, it would be a good idea to find a manufacturer that can provide you with a tester that will meet your needs along with its corresponding accessories. With the right machine and tools, you can conduct the test properly and get the most accurate results in every testing cycle. Request quotation today to learn more.