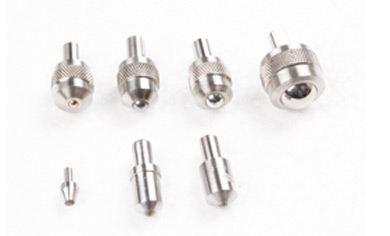 The Vickers Hardness Test is one of four mainline procedures that will determine how suitable a material is for the purpose it is going to be used for. The procedure has a wide range of applications and is known to be effective in determining the strength and resistance of both metallic and non-metallic substances.

And in order to perform the test accurately, you will need the right kind of machine as well as the appropriate Vickers consumables. As such, it is best for you to get acquainted with all the tools you need to conduct the procedure properly.

A Vickers hardness testing machine can share the same components and layouts as Brinelle and Rockwell testers. However, what makes it unique is the use of a universal indenter which allows for ease of maintenance. Also, the Vickers tester measures hardness by the Vickers Hardness Value (symbolized as HV) or the Diamond Pyramid Hardness Value (or DPH).

Another unique feature in Vickers tester is the usage of two unique parameters.

A. Macro Hardness – These Vickers testers use loads ranging from 1kg to 100 kg. They are specifically designed to test hard materials like heat-treated steel and titanium.

B. Micro Hardness – Testers under these parameters focus more on measuring permanent deformation in softer materials like plastic. As such, they use loads ranging from 1gf to 1000gf.

Vickers test machines can come in either bench or portable variants and have either Analogue or Digital processing systems. Each variant can come with its own set of advantages and limitations and were designed to be used for specific work spaces and sample sizes.

Regardless of the parameters set, these testers follow the same procedure. A sample material is placed on the tester and a load ending on indenter is dropped to it. The indenter is then left on the surface for a considerable period of time, allowing it to break through the surface. After enough time has elapsed, the load is removed and the indentation is then measured. 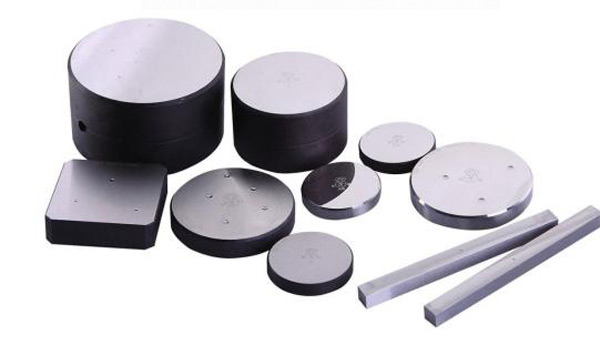 However, performing one kind of test is not enough in recent years. In response, some manufacturers designed their Vickers testers with dual or multiple turret systems for the indenters. This would allow the operator to quickly switch between indenter types if the machine itself can perform other test procedures aside from the Brinell and Vickers principles.

Since each block carries its separate hardness value, it would be ideal to look for a set of certified hardness test blocks that represent every range in the Vickers Hardness Scale. Custom hardness values are also an added benefit as they expand the applicability of the entire test block set.

What to Look for in a Tester Manufacturer

The dependability of the hardness tester and its consumables can at least be ascertained if it comes from the right sources. As such, here are a few aspects to look for when choosing a supplier or manufacture of Vickers testing devices.

The product line of the manufacturer should come with a selection of Vickers test machine types that can be used for a number of applications. The accessories and consumables must also extend their usability and allow them to perform tests under multiple parameters.

The ability to conduct the Vickers hardness test is not enough these days. The tester itself should allow for compatibility for different Vickers scales as well as other tests through features like test block compatibility as well as dual turret systems.

Aside from versatility, the Vickers consumables and testers must be able to function properly even under adverse conditions. Elements like intense heat and corrosive materials might affect a tester’s reliability. As such, you need to find a manufacturer that have designed their products to be durable on a long-term basis.

The manufacturer should have multiple pricing options for their machines. Keep in mind that Vickers hardness testers and their corresponding accessories are comparatively more expensive than other testing instruments. A package or bundle deal, for example, might help you save up on costs while providing you with the essentials at least.

Having the right set of Vickers testers and their corresponding accessories can help your testing facility produce quality output while minimizing waste. Manufacturers like NextGen Material Testing can provide facilities with a selection of testing devices, consumables, and other upgrades that will allow operators to perform the Vickers hardness test as accurately as possible.